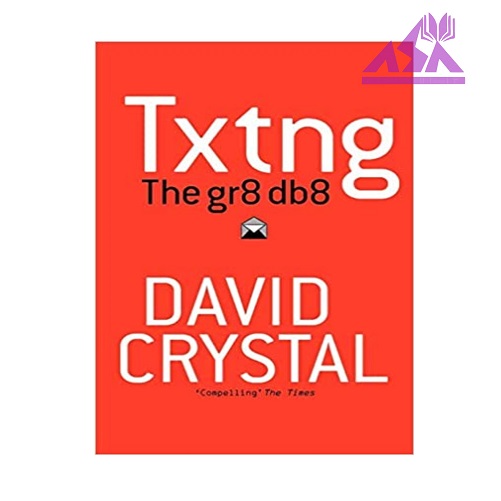 Text messaging has spread like wildfire. Indeed texting is so widespread that many parents, teachers, and media pundits have been outspoken in their criticism of it. Does texting spell the end of western civilizationIn this humorous, level-headed and insightful book, David Crystal argues that the panic over texting is misplaced. Crystal, a world renowned linguist and prolific author on the uses and abuses of English, here looks at every aspect of the phenomenon of text-messaging and considers its effects on literacy, language, and society. He explains how texting began, how it works, who uses it, and how much it is used, and he shows how to interpret the mixture of pictograms, logograms, abbreviations, symbols, and wordplay typically used in texting. He finds that the texting system of conveying sounds and concepts goes back a long way--to the very origins of writing. And far from hindering children's literacy, texting turns out to help itIllustrated with original art by Ed MacLachlan, a popular cartoonist whose work has appeared in Punch, Private Eye, New Statesman, and many other publications, Txting: The Gr8 Db8 is entertaining and instructive--reassuring for worried parents and teachers, illuminating for teenagers, and fascinating for everyone interested in what's currently happening to language and communication
نمایش بیشتر بستن