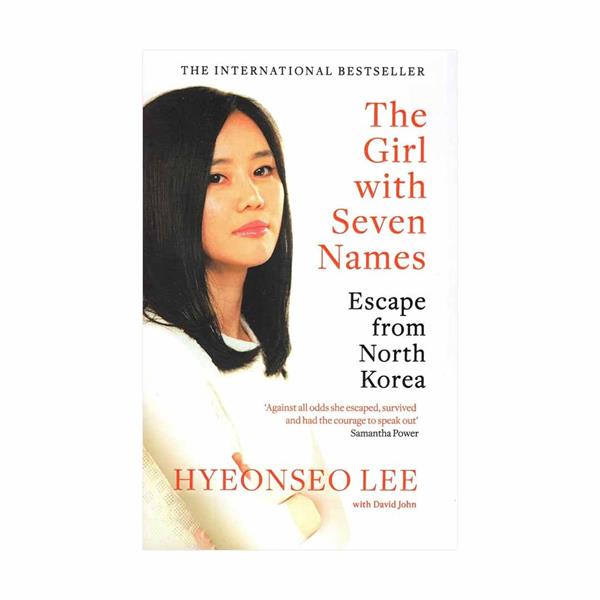 کتاب دختری با هفت نام The Girl with Seven Names اثر هیئون سئو لی Hyeonseo Lee
An extraordinary insight into life under one of the world’s most ruthless and secretive dictatorships – and the story of one woman’s terrifying struggle to avoid capture/repatriation and guide her family to freedom
As a child growing up in North Korea, Hyeonseo Lee was one of millions trapped by a secretive and brutal totalitarian regime. Her home on the border with China gave her some exposure to the world beyond the confines of the Hermit Kingdom and, as the famine of the 1990s struck, she began to wonder, question and to realise that she had been brainwashed her entire life. Given the repression, poverty and starvation she witnessed surely her country could not be, as she had been told “the best on the planet”
Aged seventeen, she decided to escape North Korea. She could not have imagined that it would be twelve years before she was reunited with her family
She could not return, since rumours of her escape were spreading, and she and her family could incur the punishments of the government authorities – involving imprisonment, torture, and possible public execution. Hyeonseo instead remained in China and rapidly learned Chinese in an effort to adapt and survive. Twelve years and two lifetimes later, she would return to the North Korean border in a daring mission to spirit her mother and brother to South Korea, on one of the most arduous, costly and dangerous journeys imaginable
This is the unique story not only of Hyeonseo’s escape from the darkness into the light, but also of her coming of age, education and the resolve she found to rebuild her life – not once, but twice – first in China, then in South Korea. Strong, brave and eloquent, this memoir is a triumph of her remarkable spirit
نمایش بیشتر بستن